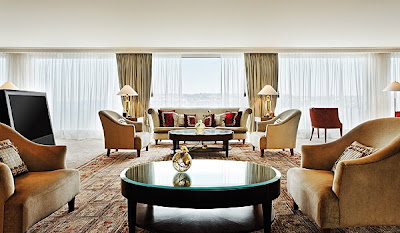 This palatial suite, which occupies an entire floor of the hotel and measures 18,083 square feet, has 10 rooms and seven bathrooms. It was renovated in January 2009 to add a new private fitness area, according to a spokesperson. 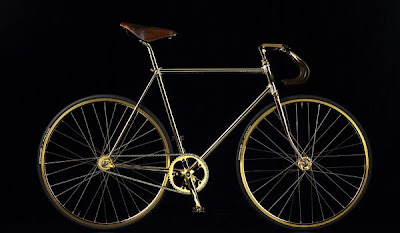 Scandinavian design company Aurumania made only 10 of these hand-crafted, 24-carat gold-plated bicycles. Each is decorated with 600 Swarovski crystals. According to Chief Executive Bo Franch-Mærkedahl, this bike was originally conceived as a show piece but quickly attracted interest from buyers. The firm, founded in September 2008, has sold five units to buyers in the U.K., Dubai, Russia, Italy, and most recently, Australia. He adds that four of the clients also bought a matching gold-plated wall rack. 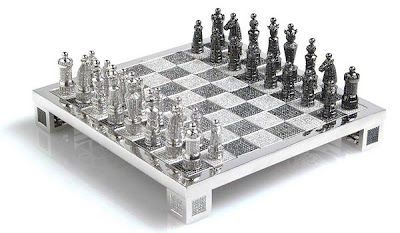 Jeweler Charles Hollander’s Royal Diamond Chess (shown in photo), priced at half a million dollars, is often cited as the world’s most expensive, but Hollander tells Bloomberg Businessweek that the first of his seven chess sets, which made their debut about 10 years ago, quietly sold for $600,000 just after launching. The set was studded with 320 carats of black and white diamonds and two kilograms of 14 carat white gold. Hollander says he presented the unnamed piece at the Basel Jewelry Show and sold it within the first hour to a Russian collector. Hollander has made seven luxury chess sets, all designed by Bernard Maquin, and has moved all but one. Another set, called the Jewel Royale chess set, by U.K. jeweler Boodles, was valued at $9.8 million but has not yet sold.

*No images of the set were taken before sale, according to Charles Hollander. The image shown is of the Royal Diamond Chess. 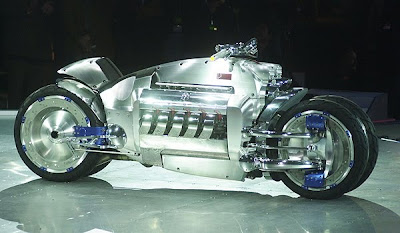 The Dodge Tomahawk, a 1,500-lb. motorcycle with four wheels, has a Dodge Viper’s V10 engine and can go from zero to 60 mph in 2.5 seconds, according to Edmunds.com. The top speed is estimated to be more than 300 mph. The vehicle, which made its debut at the 2003 North American International Auto Show in Detroit, was reportedly priced at $550,000, but a Dodge spokesperson confirmed to Bloomberg Businessweek that two units were sold at an even higher $700,000. 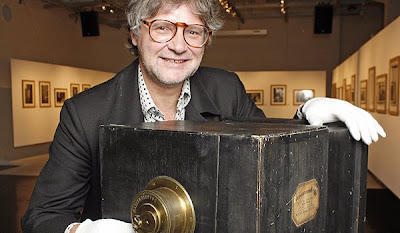 A daguerreotype camera designed by Frenchman Susse Freres that dates back to 1839 sold at the WestLicht Auction in 2007 for €576,000 ($775,000). It was believed to be the oldest commercially manufactured camera in the world, reported the Most Expensive Journal. Another daguerreotype camera will be auctioned in May and is expected to fetch up to $950,000. 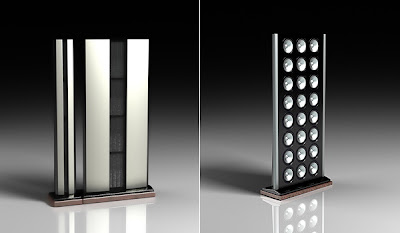 With a total of 12 units—four dipole subwoofers, two dipole mid-woofers, four dipole medium-frequency and high-frequency ribbon panels, and two dipole high-fidelity super ribbon panels—Transmission Audio’s Ultimate speaker system is a hefty piece of equipment, spanning 37 feet and weighing 5 metric tons. All units are made from aircraft aluminum and have stands in polished red or black granite. The set was introduced in late 2009, and so far two pairs have been preordered, says Bo Bengtsson, president of Transmission Audio. None has yet been delivered, as the assembly time is about six months. 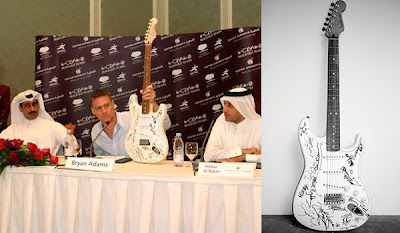 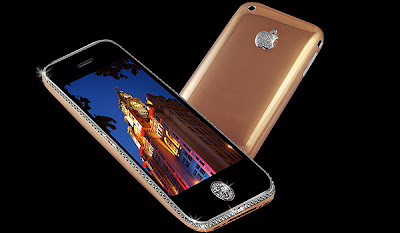 Stuart Hughes—who also designed the most expensive television—made headlines in 2009 when he crafted a 22-carat gold iPhone studded with 53 diamonds for an unnamed Australian businessman for £1.92 million. More recently, he says, he was commissioned to make an even pricier version of the phone in 18-carat rose gold with hundreds of diamonds, including a single-cut, 7.1-carat diamond for the main navigation button. 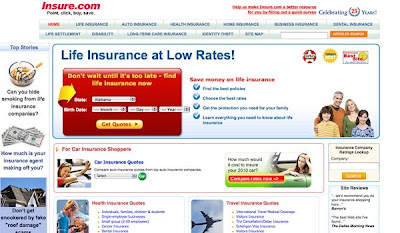 In 2009, California-based Internet marketing firm QuinStreet bought insure.com for $16 million, setting a new record for the most expensive domain name. It was previously held by sex.com, which sold in 2006 for more than $12 million, reported the Guardian. 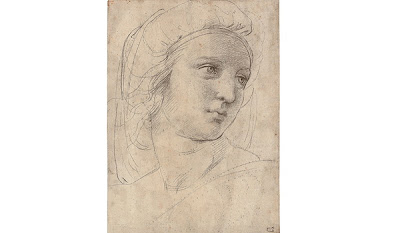 The most expensive work on paper was sold at auction in December 2009 by Christie’s London. Raphael’s Head of a Muse, a black chalk drawing on paper, sold for $47,941,095, handily beating the estimate, which ranged from $19.7 million to $26.3 million. 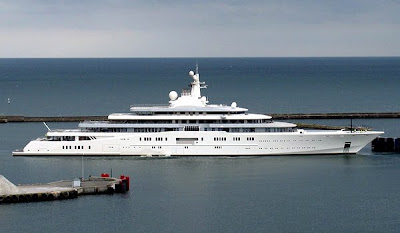 This 560-foot-long yacht has two helipads, 11 guest cabins, two swimming pools, three launch boats, an aquarium, and a minisubmarine that can dive to 50 meters below the ocean surface, according to London’s Daily Mail. The master bedroom and bridge have bulletproof glass, and the security system includes missile detection systems that warn of incoming rockets. The owner Roman Abramovich, a Russian billionaire who also owns Britain’s Chelsea Football Club, reportedly fitted the yacht with a laser system that prevents paparazzi from taking photos. It was built by Blohm + Voss in Hamburg, Germany.