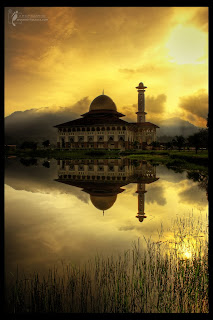 What you should know about leadership of our prophet Muhammad SAW.
The Prophet Muhammad, upon him be peace and blessings, had all the qualities a leader is supposed to have. He was a leader not only in one aspect of life but he led his community to success in every field.

There is none in human history comparable to him as commander, statesman, religious leader, spiritual guide, etc. In order to know him as a leader more closely, we had better summarize the qualities a leader should have in general terms:

The Prophet Muhammad, upon him be peace, was the most courageous of people. When some of his pursuers reached the mouth of the cave where he was in hiding, Abu Bakr was afraid that something would happen to the Messenger. However, the Prophet, upon him be peace and blessings, comforted him, saying: Grieve not, for God is with us.29

Considered from the viewpoint of all these and many other qualities a leader should have, God’s Messenger, upon him be peace and blessings, will be seen to be the greatest leader history has ever known. To cite only a few examples, even when the conditions were most unfavorable, he never conceived of giving up conveying his Message nor yielded to the desires of his opponents to make concessions.

Instead, he used to say to them: Say, ‘There is no god but God’, and prosper in both worlds.30 When his Companions complained to him about the harsh conditions afflicting them in Makka and the persecutions they suffered, he answered: You show haste. One day will come and a woman will travel from Hira [a town in southern Iraq] to Makka alone on her camel (in security) and turn round Ka’ba as an act of worship, and the treasuries of the Sassanid Emperor will be captured by my community.31

References:
This article was taken from: http://www.thewaytotruth.org/prophetmuhammad/leader.html