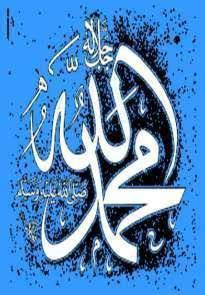 “lf a man like Muhammed were to assume the dictatorship of the modern world, he would succeed in solving its problems that would bring it the much needed peace and happiness.”

“lf a man like Muhammed were to assume the dictatorship of the modern world, he would succeed in solving its problems that would bring it the much needed peace and happiness.”
– George Bernard Shaw

“If ever a man had the right to say that he ruled by a right divine, it was Muhammad. for he had all the powers without their supports. He cared not tor the dressings of power. The simplicity of his private life was in keeping with his public life.””
– Rev. R. Bosworth-Smith

“Muhammad was the soul of kindness, and his influence was felt and never forgotten by those around him.”
– Diwan Chand Sharma, The Prophets of the East, Calcutta 1935, p. 122.

“In little more than a year he was actually the spiritual, nominal and temporal ruler of Medina, with his hands on the lever that was to shake the world.”
– John Austin, “Muhammad the Prophet of Allah,” in T.P’s and Cassel’s Weekly for 24th September 1927.

“Philosopher, Orator, Apostle, Legislator. Warrior, Conqueror of ideas, Restorer of rational beliefs, of a cult without images; the founder of twenty terrestrial empires and of one spiritual empire, that is Muhammed. As regards all standards by which human greatness may be measured, we may well ask, is there any man greater than he?”
– Lamartine, Historic de la Turquie, Paris 1854, Vol. 11 pp. 2762727.

“It is impossible for anyone who studies the life and character of the great prophet of Arabia, who knows how he taught and how he lived,. to feel anything but reverence for that mighty Prophet, one of the great messengers of the Supreme. And although in what I put to you I shall say many things which may be familiar to many, yet I myself feel whenever I re-read them, a new way of admiration, a new of reverence for that mighty Arabian teacher.”
– Annie Besant, The Life and Teachings of Muhammad, Madras 1932, p.4

” Muhammad is the most successful of all Prophets and religious personalities.”
– Encyclopaedia Britannica

“I have studied him � the wonderful man � and in my opinion he must be called the saviour of humanity.”
– George Bernard Shaw in “The Genuine Islam”

“By a fortune absolutely unique in history , Muhammed is a threefold founder of a nation, of an empire, and of a religion.”
– Rev. R. Bosworth-Smith in ” Muhammad and Mohammedanism 1946.”